No items found.
Go to shop
Product is not available in this quantity.
Get in Touch

Learning Series | How We Work With Nonprofits

Ben Sampson: Andy and Ben are back on screen with you alltoday to talk about how we work with non-profits. I think this is a really bigquestion that comes up. You know, WeHero is a B Corp and we're a for-profitentity and we don't hide that. We really focus our mission and our culturearound making impact and we exist to support some of the best non-profits inthe world. And so I think a big question is, you know, companies are trying touse grant dollars, sometimes they're trying to use existing budget and they'revery curious about how that all works with supporting the non-profits, which iswhy we exist. And so I think there's a number of things that we can tackle heretoday, Andy, which is one, again, reminding people how we identify and sourcethese non-profits. I think that's a really big one. And then two, how wesupport these nonprofits. You know, there's a variety of things that we do inregards to monetary donations, the goods that we're producing through thevolunteer experiences, the awareness that we're generating for them. So I thinkwe can touch on that, but maybe we start with just like how we sourcenon-profits and how we think about them. Do you wanna kick us off and startthere?

Andy VandenBerg: Yeah, I mean, I think it's worth tellingthe story. I mean, when we got started four years ago, it was really the two ofus being like, what nonprofits do we really find interesting? And once we foundthat out, then we really went to the vetting phase, you know, hey, we're bothsuper passionate about ocean ocean and life sustainability as it relates to theocean. And so we started just looking into non-profits there. And I come froma, a financial analysis background and so it's, it, it's almost nerdy for me, but I love getting to the weeds around these non-profits and how they operate.And you know, we made a choice pretty early on to only work with what weconsider to be, you know, the gold standard in nonprofits from an impactstandpoint, a transparency standpoint. And I think we, we've stuck with that aswe've grown, right? We work with a lot more non-profits, but we have to say noto more non-profits than we say yes to. And you know, now we, we are selectingnon-profits basically. So we can cover the entire UN sustainable development goalsphere. We wanna be able to, to support causes that hit all of those. And sowe're trying to come up with what are the best nonprofits for us to partnerwith? Where can we deliver the most impact in our, our method of volunteering?And that's how we're, we're going about tre them.

Ben Sampson: Yeah, it's like one of my favorite thingsabout what we do, and I'll say to folks too, like, we, we do some of theseaudits to, to select these really good nonprofits, but there's amazingcertification bodies out there as well. Candid, previously GuideStar's a reallygreat one. It's for everybody that's even doing their own research onnonprofits, I recommend those as resources. And you know, Andy and I, our team.Like we're on the phone with these founders, like of these organizationstalking to 'em about like why they started it what they're working on, whattheir mission is. And so we have relationships with the leaders at theseorganizations, which I, which I think is really important to determine if we'reable to support them or not. And making sure that when people are volunteering,they're supporting causes that are true, honest, and that we can make sure whenthey're donating their time like that, that it's for sure gonna make an impact.because that's immensely important for everything that we do.

Andy VandenBerg: Yeah. And as well as, I mean people who,who listen to these videos probably here to say like, impact first organizationa thousand times at this point, but that's really what drives us. And, and nowwe're, we're publicly sharing our impact and every event and volunteeringcoordination that we do has to be able to, you know, clearly measure theimpact. And, and that's a real criteria for the work that we do.

Ben Sampson: Wehero.co/impact. Take a look. Real quick,let's jump into now like kind of more of the financials around this and howthis all works. And you know, I think maybe we can start with just like ourpricing and, and how we support nonprofits from a monetary standpoint. How wesupport them from an awareness standpoint and also just like the value of thevolunteerism that's taking place, whether that's goods or services that thevolunteers that we're working with are providing to the nonprofits. Are thereone of the, is there one of those that you want to take Andy or there maybe I'mmissing others too, so.

Andy VandenBerg: No, I mean I can just give an overview,right? I mean I think we need to build individualized relationships with eachnonprofit depending on the type of impact that we're having. And, and it's sovaried because, you know, each volunteer, you know, event that we do or eachvolunteer, you know, offering that we have is different. Some we are reallydonating a mass amount of products for them that they can then deploy and deliverimpact. It's the exact same as someone who donates money to them. Cause they'reusing that money to buy the products. And so in those cases it's, it's reallyeasy. In other cases where we're really doing or taking an initiative with anonprofit, you know, there's a donation that needs to be made to help make thatimpact and, and the volunteer event is making impact, but it's also reallyfocused around education. And so I think, you know, the way that we look at itis, you know, we wanna deliver X amount of impact to each nonprofit. What isthe best way to do that through a volunteer event and some volunteer events,you were delivering a massive amount of impact during that event where inothers, you know, you're delivering impact, but you wanna increase that, thatthat impact. And and the best way to do that is through a monetary donation.

Ben Sampson: Yeah. The monetary can be huge for someorganizations and make a huge amount of impact. Like we have a reforestationprogram, for example, where people are actually physically planting trees, butwe want to increase that impact. So we make a donation to the nonprofit thatwe're supporting and that takes that two trees that those folks are plantingand makes that 10 trees. So every participant's planting 10 trees. So I thinkthe monetary in some cases comes in really handy. I think the other one I'll,I'll touch on here too is we create a lot of impact for non-profits just bygenerating awareness, especially with large companies. I think non-profitsreally lean on us to help be that connective tissue between the non-profitworld and the corporate world. Yeah. And we have really amazing examples ofcompanies doing volunteer experiences with WeHero and then going, wow, this isan incredible organization we've been introduced to, let's make a grant. Andthose stories are like really special that we can build those connections withrelationships with the companies and the nonprofits as well.

Andy VandenBerg: Yeah, I mean I think our mission when youlook at it is really about bringing nonprofits to companies, helping thecompanies and the non-profits obviously volunteer, but it's really making thatconnection. And, you know, some of my favorite memories here, when you're on avolunteer event, you're doing a volunteer event and the company makes asurprise donation that the nonprofit isn't expecting and it's just, you know,it's such a wow level experience. And I think those are the experiences we dothis for, right? Because the, the impact on everyone is so high there. Theemployees absolutely love it. The nonprofits are obviously so incentivized to,to, to keep working closely with the companies and just making more impact.

Ben Sampson: Yeah. And then the other thing too is theindividual volunteers that are doing this, right, like our goals that they'vebecome longtime supporters of these organizations. It's, it's crazy. We're justlooking at numbers that over 40,000 volunteers have learned about theseorganizations that we support and we know based on data that they're two timeslike more likely to donate to that organization after going through one of ourexperiences. And on average they'll donate three times as much as if they, youknow, or sorry, it's like 10 times as much, excuse me. Whereas the last data,so many data points, 10 times as much as if they did not go through a we heroeducational experience or an activation experience. So yeah, lots of amazingthings we can do to support these organizations and I I feel like we're justscratching the surface in so many ways.

Andy VandenBerg: Yeah, totally. I think the other questionpeople often ask is can we work with like nonprofits that they want to workwith? And, and I think, you know, we have an incredible events team that buildscustom events all the time. And that's what they're built for. And, and we tendto be willing to, to make events around any nonprofit as long as they meet ourcriteria for level of impact. because you know, if we're, we have the option ofdoing two, two the same event at a couple different nonprofits, we wanna makesure that impact is the highest. And so we will highly encourage our, ourpartners to, to support x non-profit because you may have more an impact thanif you support y non-profit. And so we work very closely with, with companies allthe time kind of making those

Ben Sampson: Decisions. Yeah, no, it's a super greatpoint. Anything else we should be telling folks?

Andy VandenBerg: No, I think this covers it well. I meanevery event is unique, so I would just encourage you to talk to your, your,your coverage team, talk to the people that you work with at WeHero to gothrough each event and understand the unique nature of it.

Ben Sampson: Yeah. And to those listening that have done aWe hero experience. Thank you so much. And if you didn't realize the amount ofimpact you're creating, hopefully this gave you a little more insight into theimpact that you are creating because of these experiences. So we thank you foryour support.

Andy VandenBerg: Yeah, yeah. Sounds good. Well, thanks Benand I look forward to the next one.

Ben Sampson: All right. See you. On the next we hear I'lllearn 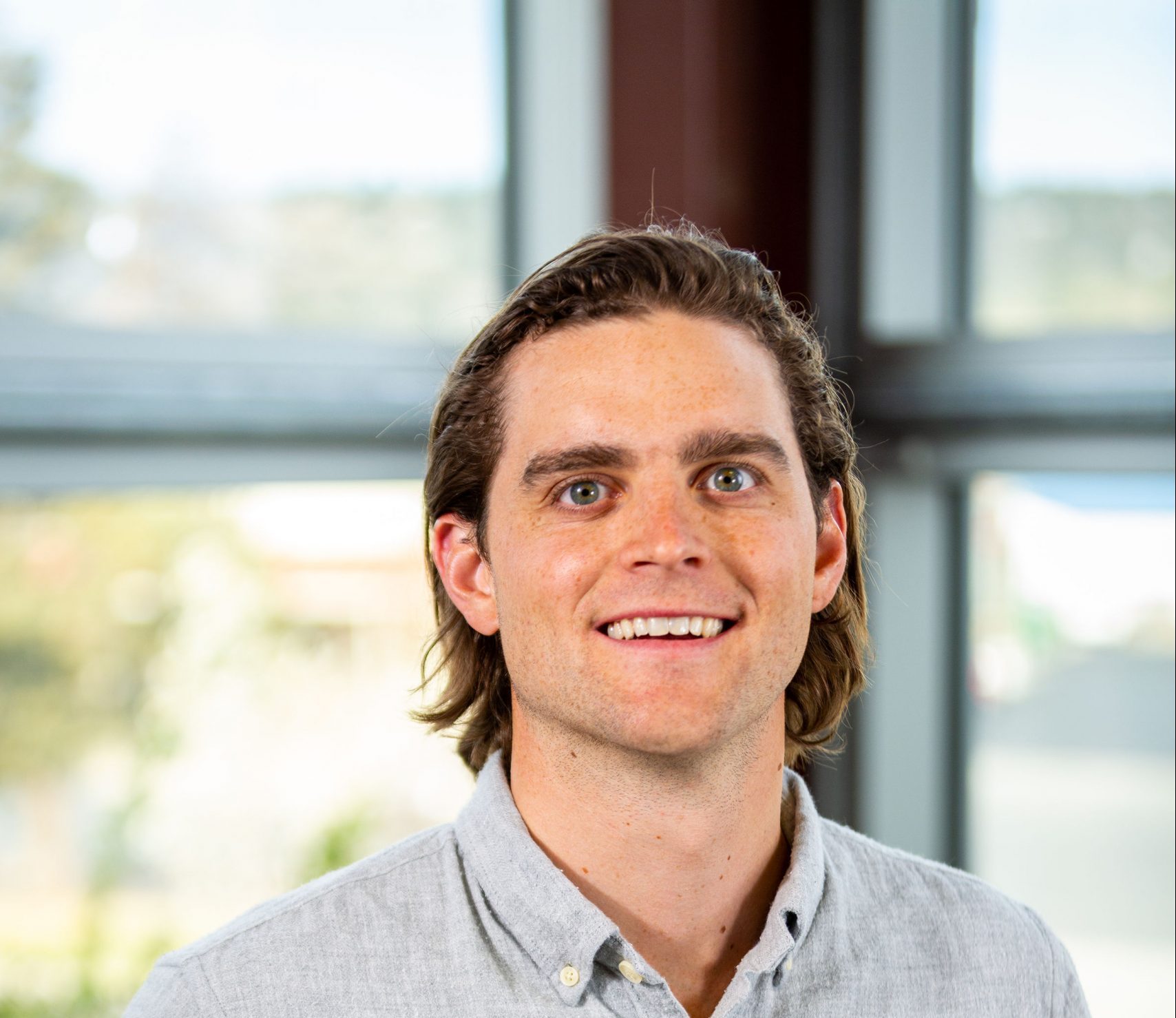 Andy VandenBerg
Andy VandenBerg is the co-founder and COO of WeHero where he works closely with hundreds of companies to help them reach their social impact goals. Andy speaks actively about the importance of aligning strategy with social responsibility and how companies can pursue both purpose and profit. Andy’s past experience includes private equity and family office investing. If he’s not in front of his computer, you can find him in the Pacific Ocean or Lake Michigan. 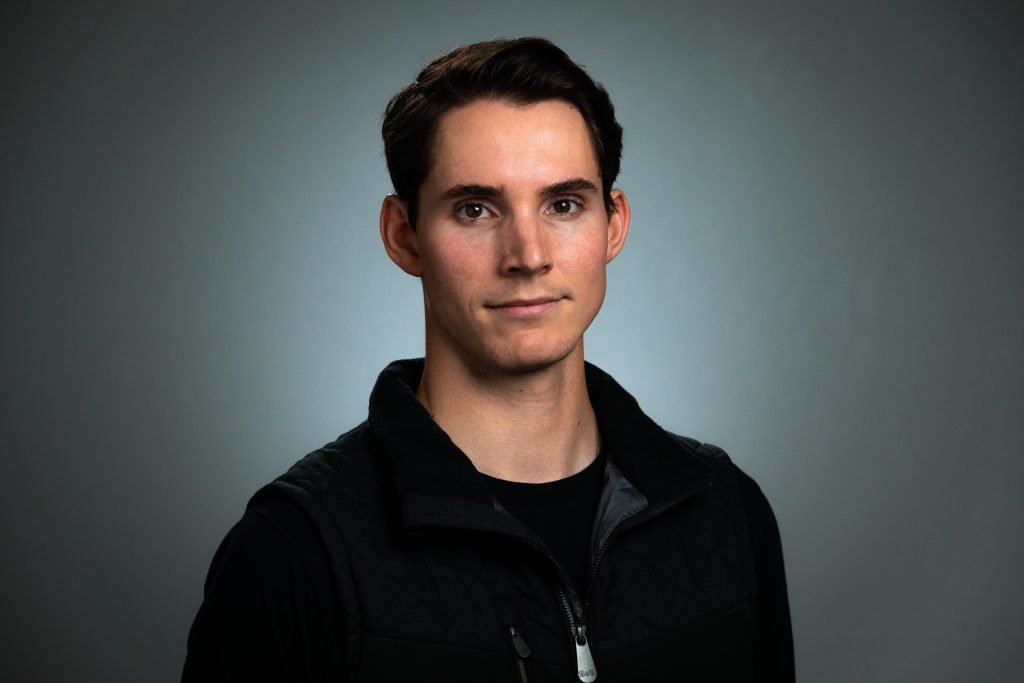 “The finance revolution is here”

Reach out to the team at WeHero for Support.